For up-to-date information, support, and resources, check out our COVID-19 and Paycheck Protection Program Resource Centers.

3 successful strategies for mitigating workplace conflicts among your employees 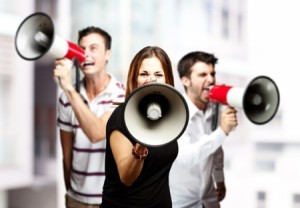 Conflicts in the workplace happen on a near-daily basis for many companies, but many offices lack a clear protocol for managing and resolving these conflicts beyond “deal with it and get back to work.” Workplace conflicts can lead to far-reaching negative consequences, such as decreased employee productivity and morale, as well as higher rates of turnover in particularly conflict-ridden office spaces.

Rather than taking on the mentality that “they’re adults, they can deal with it on their own,” here are 3 of the best strategies for workplace leaders to implement in their offices:

First and foremost, you want to avoid letting the quarreling parties make a scene as much as possible. When shouting matches, passive aggressive comments, and even physical reactions occur in a relatively public setting, this escalates the conflict into an office-wide ordeal that can distract many uninvolved employees from performing their jobs effectively.

As an alternative, you can either ask the upset employees to take some time to cool off by themselves (as far away from each other as possible, hopefully) or you can ask them to handle their disagreement in a more private setting. This may make you feel like a schoolteacher managing outbursts and fights among students, but even adults are all-too-susceptible to unprofessional behavior when emotions are running high, so separating them is an unfortunate necessity.

As a workplace leader, it’s not your job to take one side over another when two or more employees are fighting amongst themselves. Even if it’s an argument between one of your best employees and one of the newer members of the team, you can’t afford to show even the slightest sign of favoritism if you want to resolve the conflict as quickly and efficiently as possible.

Instead, embrace your role as a mediator and actively listen to what both sides have to say (and don’t let them interrupt each other, either). If emotions are still controlling the conversation, then it’s your job to either postpone the discussion or divert their attention to a less emotionally-charged topic until they’re able to calm down enough to approach the conflict in a rational, professional manner. By remaining neutral, you’ll be more likely to resolve the conflict for both sides, rather than creating a win-lose scenario that damages employee morale and could lead the “losing” party to quit their job in the future if you always side against them.

Train Employees to Check Their Perceptions

Finally, you might be wondering how you can avoid conflicts altogether in the future. There are many possible strategies for accomplishing this, but perception-checking is one of the most effective ways to reduce arguments in the office. There are 3 main steps to perception-checking: first, description of an action/behavior from your own perspective; second, interpretation (asking about possible reasons for the action/behavior instead of making assumptions); and third, clarification (asking the other person why they did X thing).

Training your employees to check their perceptions is an incredibly useful way to avoid workplace conflicts because they’ll be better-equipped to approach unfavorable situations with caution instead of immediately assuming the worst intentions of their colleagues.